“Gesù bambino,” “In The Bleak Midwinter,” “Joy to the World:” | Hymns for Christmas Eve Candlelight Service 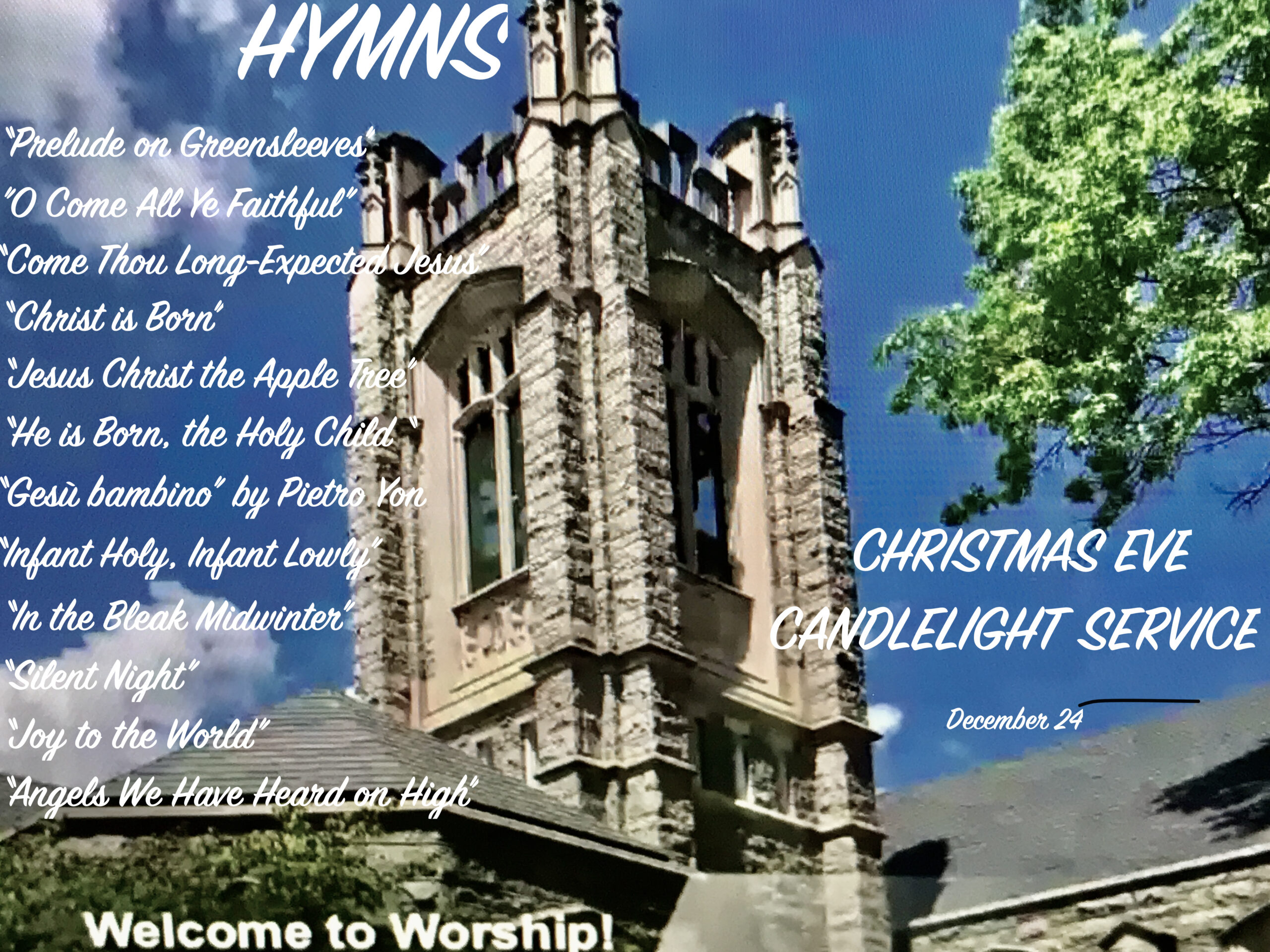 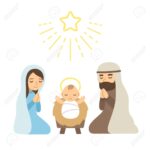 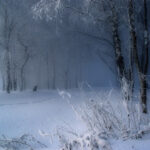 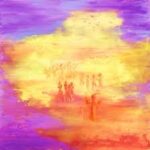 Click here to watch the PUMC worship service, listen to the beautiful music, the children’s time, the scripture readings, the sermon, the prayers, and the story sharing.

What are Chrismoms? The large white and gold symbols on the giant tree in the sanctuary?

Watch this episode of Church Knows Church to find out.

Not many of us know the meaning behind each symbol, but here are some clues.

Special thanks to the John Vaccaro and his family for the tree. For many years they donated the tree that stands so tall on Christmas Eve. This year John has graciously offered to donate some of the gifts given in memory of his beloved wife, Robbie, for the purchase of a faux Chrismom tree that we can enjoy year after year. 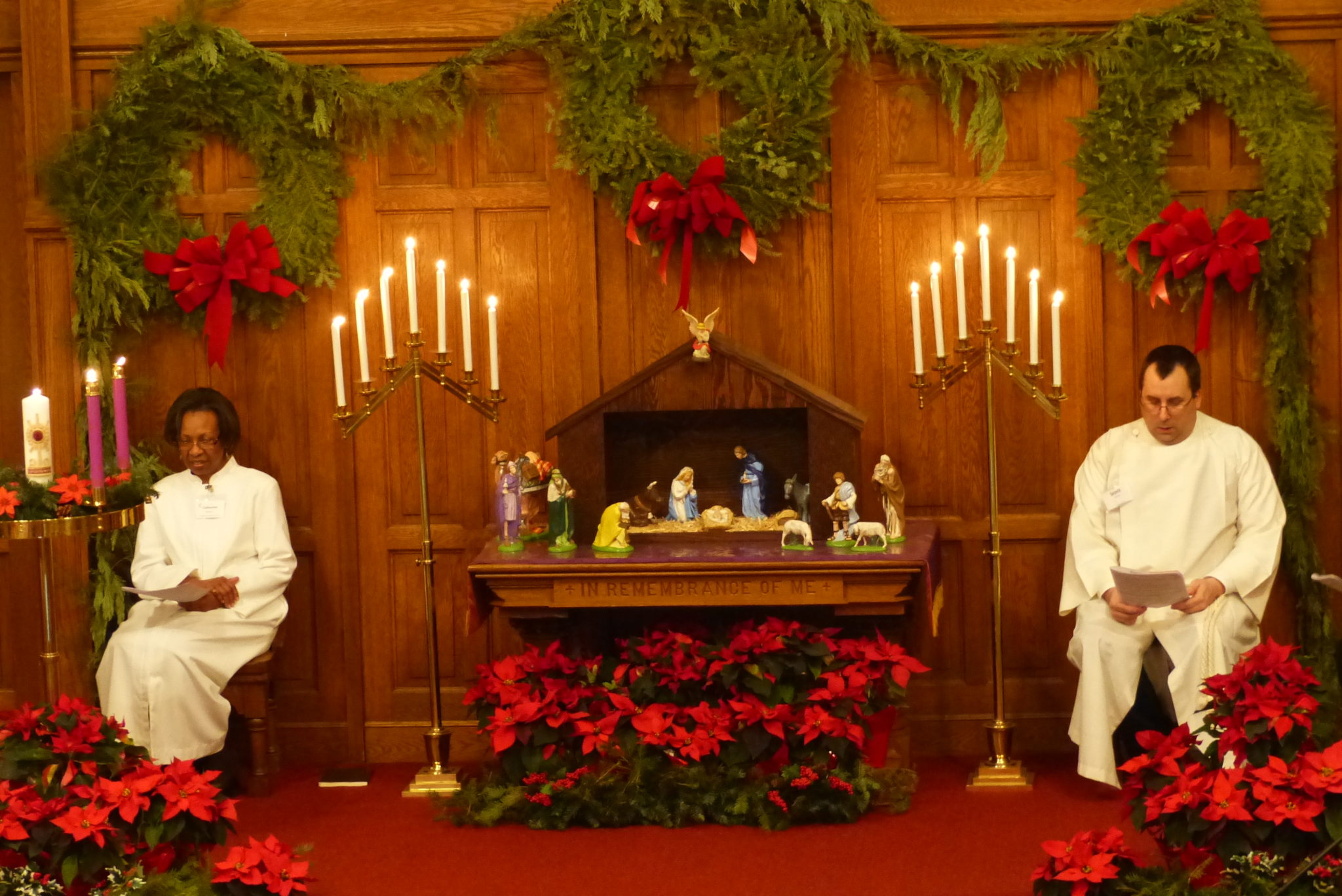 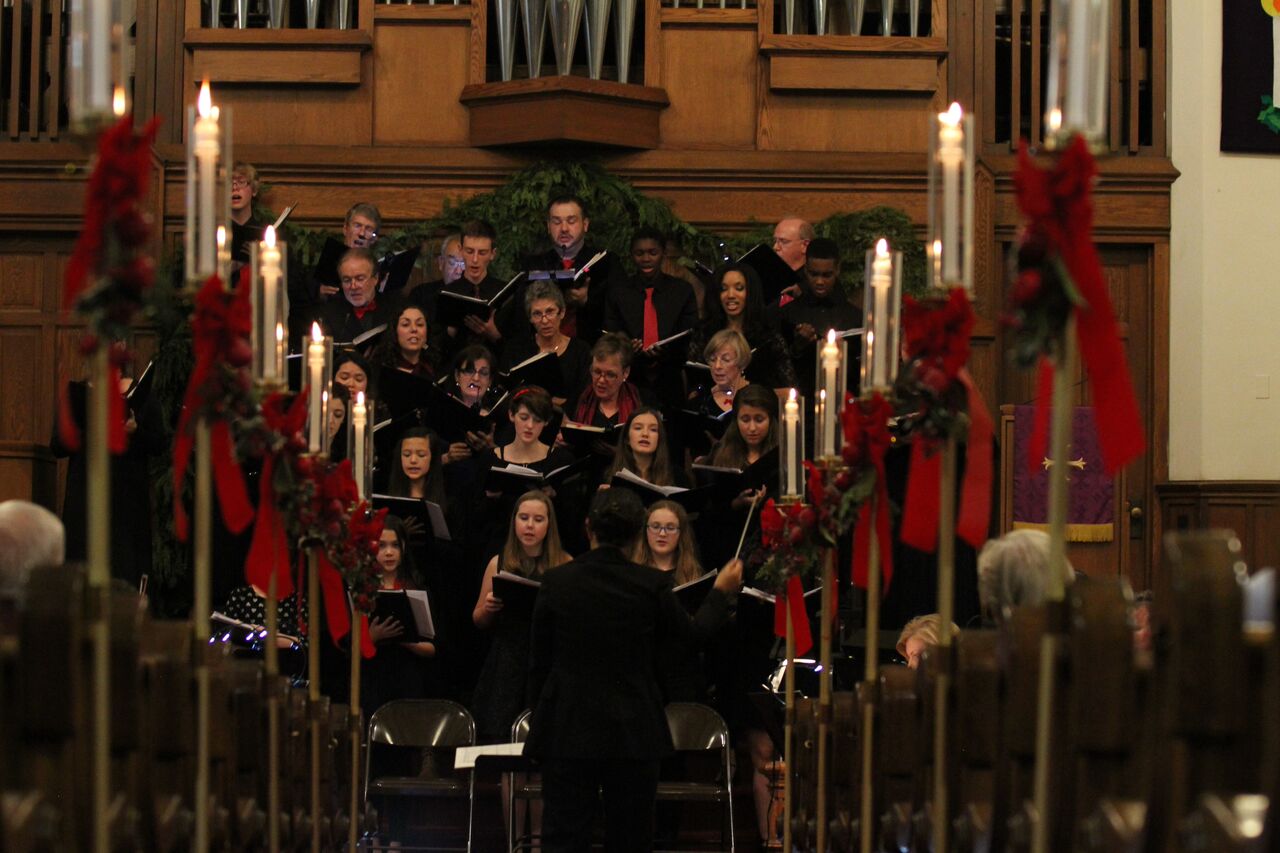 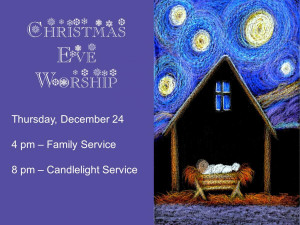 The celebration of Christ’s birth on Christmas Eve, is such a magical night for all of us. Yet it can also be a hectic evening, as we juggle family traditions, rehearsals, gift giving, dinner, travel, and more.

This year the family worship is early, at 4:00 pm. This change in time is to help families with young children attend worship and still have the kids fed and ready for bed in good time. We are hoping to lessen the stress on families by moving earlier. This year Pastor Jana will tell the story of Christ’s birth at an informal family service with the theme “Christmas ABCs.” Can you guess where to find the Z in Christmas? The children’s choir will sing, directed by Tom Shelton.

The 8:00 pm worship is a traditional Lessons, Carols and Candlelight service. We will hear once again the beautiful Christmas story told through song, scripture, prayer and soft candlelight. Hyosang Park directs the Chancel Choir, Bell Choir, and instrumentalists. If you are an alumni of the youth choir, you are invited to “sing-in. Meet at 7:15 p.m. in Room 203 with Tom Shelton. Bring your family and friends! 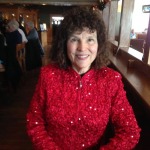 Celebrate the season with Christmas carols at Princeton United Methodist Church — starting with the Advent Extravaganza on Sunday, December 9, 4 to 7:30 p.m. Listen to the children’s choirs and Sunday School classes present the Christmas story and join in the singing. Then enjoy dinner and crafts followed by dessert and caroling, led by Dr. Karen Zumbrunn. (If your last name begins with A to L, bring a side dish. From M to Z, bring a dessert.) Questions? anna@princetonumc.org.

Then at the United Methodist Men’s breakfast on Sunday, December 16, Dr. Zumbrunn plays and shares stories behind the carols. The delicious hot breakfast begins at 8 a.m. and the program is at 8:30 a.m. All are welcome. Please RSVP to umm@princetonumc.org or 609-924-2613 by Friday, December 12 at noon.

That night, December 14, 7:30 p.m., the combined choirs, directed by Hyosang Park and Tom Shelton, present Lessons and Carols From Around the World. A freewill offering will be taken.

On Sunday, December 21, at 4 p.m., the sanctuary hosts the New Jersey Gay Men’s Chorus as it presents Masters of Good Cheer.

And then — the candlelight services on Christmas Eve, 6 p.m. for families, a traditional service at 8 p.m.  Youth choir alumni are invited to sing with the youth choir: rehearsal at 7:15 p.m. in Room 203.

“People, look east and sing today: Love, the Lord is on the way.”