When I was asked to participate  and  speak on stewardship, I agreed right away    because I cherish this community of believers.  This Church has always been and continues to be an amazing collection of diverse, but  genuine , honest,  faithful  believers in and servants of Christ Jesus.  I count myself among you without  any particular pride but  in sincerity and  in the earnestness of  my discipleship..

As many of you know, I came to Princeton as an outsider.  My  father was a loyal  Son of Rutgers and the family attended the annual Rutgers- Princeton season opening fall football game sitting on the sunny side of Palmer Stadium.

So  I had to shift when I applied to and was accepted at Princeton University  .  .  .  but I was a Methodist, having become one of Bishop Fred  Corson’s  Crusaders committed to Christian service.  I joined other Methodist students in the Wesley Foundation meetings here at the corner of Nassau and Vandeventer.     I dutifully did my Latin and undertook Greek in order to really read the New Testament.  Princeton was all male and Carol was going to a Teachers College. We were married here in this church on the Saturday after I graduated on Tuesday. The wedding reception was here in the social hall downstairs  which was convenient because it was raining pretty hard.  Rev. Charles Marker presided over the ceremony. 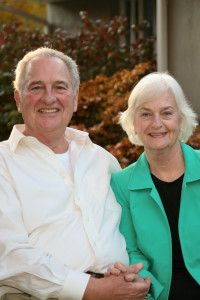 After Princeton, I attended the Drew Theological School up in Madison as Carol finished her bachelors’ degree.  We lived in married student housing which was quite a different community.  I enjoyed my courses  but quickly realized that I was not  cut out to be a  Biblical scholar  and  I certainly wasn’t cut out for the pastoral ministry.   So I fell back on Plan B which was law school.  I was persuaded by my guidance counselor and the church hierarchy to take the two small churches in South Jersey that had be selected for me for the summer of 1959, which I did.  I preached twice on Sundays and led a Bible Study on Sunday evenings, had a membership class and did most of the things a pastor is called upon to do.  But come September, I could not return to the Drew routine and headed to Newark for three years at  Rutgers Law School while Carol taught grade school.

After law school and a quick six months in the Army at Fort Dix during the Bay of Pigs episode,  I settled in New Brunswick where I began the practice of law under the tutelage of my father, his partners and associates.  I reconnected with the Princeton Wesley Foundation and Rev. Bill Kingston,  Class of ’55.  Carol and I became active in the First Methodist Church of New Brunswick  and helped to shepherd the union of the three Methodist Churches that were then struggling to get along to  form The Methodist Church in New Brunswick which  was at some point pastured by both Rev. Jim Harris  and  Rev. Greg Young  both of whom also served  here at Princeton.

But I digress from my path.  I was Deputy Public Defender   for a  short time;  then I became the first full time County Prosecutor for Middlesex County for 4 years.  As  I was about to resign, the issue of casino gambling in Atlantic City came to the fore and I seized on that as a worthwhile political campaign.  I resigned as Prosecutor to campaign against casino gambling for the Methodist Church in cooperation with other opponents under the slogan “No Dice”.  I worked closely with Rev. Jack Johnson, mostly in South Jersey with church meetings and Saturdays at shopping malls with Youth Fellowship volunteers. Casino gambling was defeated on its first referendum, but of course, it was re-designed and the voters approved.

By that time, I had become a  Middlesex County Judge and could not campaign. In due course I was appointed as a Superior Court Judge.  I sat as a Judge for 22 years.  When I retired from public service, Carol and I decided to move back to Princeton where we have been for the last 15 or so years.   We promptly transferred our membership to Princeton United Methodist  Church while Rev. Jim Harris was here and frankly we felt quite at home. The reception we received was warm and welcoming.  We were soon put to work and began to meet the wonderful people of this congregation.

Rev. Jack Johnson was the District Superintendant  in those days and recruited me to go on the board of trustees of the Pennington School.  What a refreshing experience that was for an old warhorse like me.  The Board was mostly parents of the  students, enthusiastic, energetic and dedicated to the growth and improvement of their children.  There were some pastors: Rev. Dr. Charles Sayre, pastor at Haddonfield whose father went to the school:  Rev. Dr Bob Williams,  church historian and former pastor of  St. Andrews Methodist Church;  Rev David Mertz,  now a pastor in Westfield but formerly an associate here   and there were others.

I have had a wonderful career and expect more opportunities for service. I have supported each  church of which I was a member including my summer membership in Avalon  and my affiliate memberships at Turning Point, plus The Pennington School  Annual Fund and several Scholarships..

As Deuteronomy says in chapter 12,  “You shall bring everything to the place the Lord shall choose, your sacrifices,  your tithes, your donations   AND   (VERSE  12 ) YOU  SHALL  REJOICE before  the  Lord  Your   God !     I  rejoice!   I  rejoice with you all in this wonderful community at Princeton U. M. C.