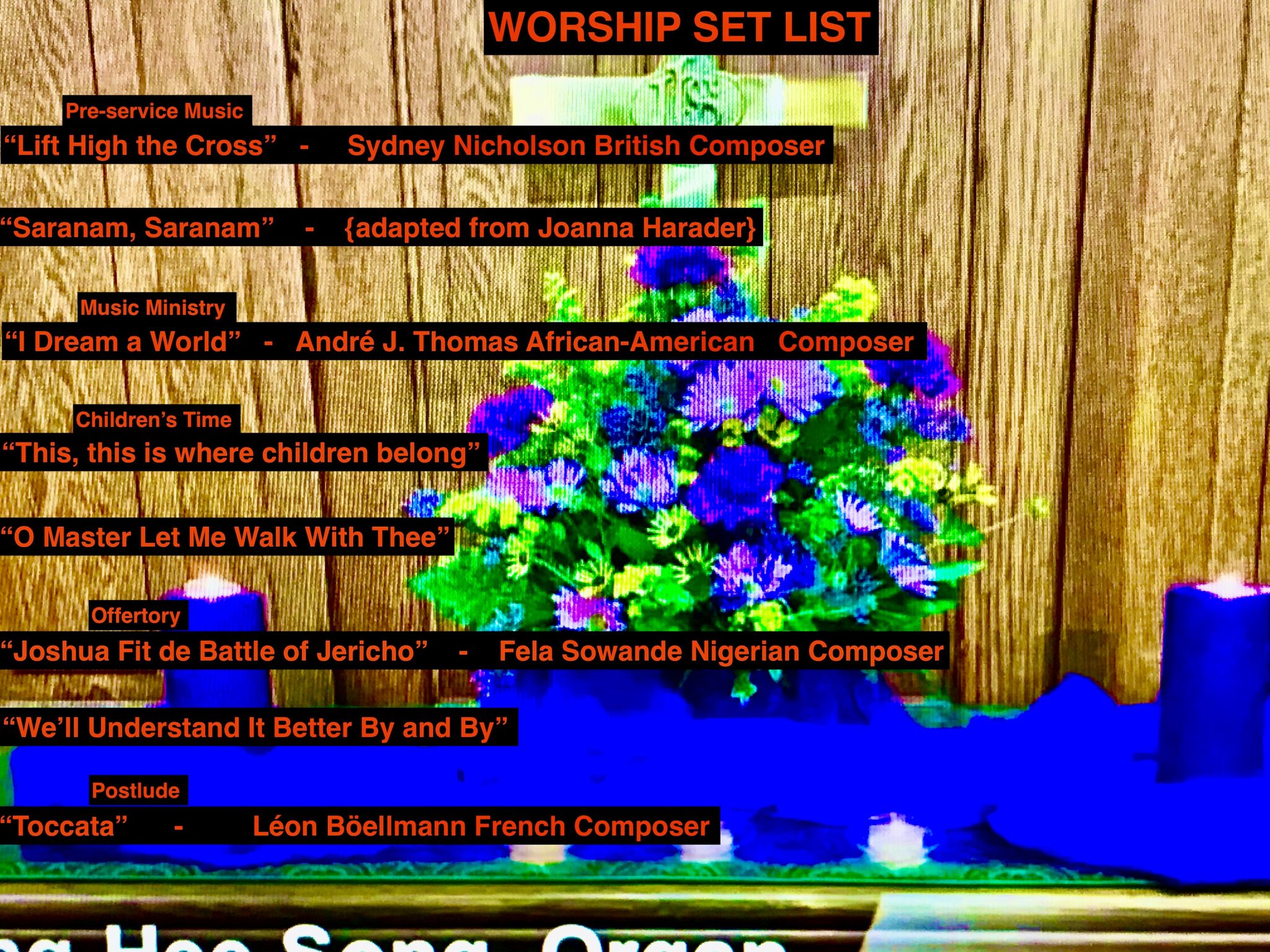 “Joshua Fit De Battle of Jericho” OR “Joshua Fought The Battle of Jericho“) is a well-known African American spiritual based on the story of Joshua in the Bible. The song tells how Joshua captured the city of Jericho when he ordered the Israelites to blow trumpets until the walls fell down.

It is believed that slaves composed this song in the first half of the 19th century. It gave African-American slaves a strong sense of hope that their freedom would soon come – “And the walls came tumblin’ down.”

“Saranam, Saranam” is a traditional Asian hymn for all Christians, translated by Daniel Thambyrajah Niles (1908-1970), a native of Sri Lanka. Niles encouraged the use of indigenous musical idioms for Western congregational songs.

“Saranam” a Tamil word for “refuge,” means to surrender oneself fully to the one, true God.  This prayerful song for refuge is rooted in texts like Psalm 61:1-2, “Hear my cry, O God; attend unto my prayer. From the end of the earth will I cry unto thee, when my heart is overwhelmed. Lead me to the rock that is higher than I.”

Thou the Rock, my refuge that’s higher than I;