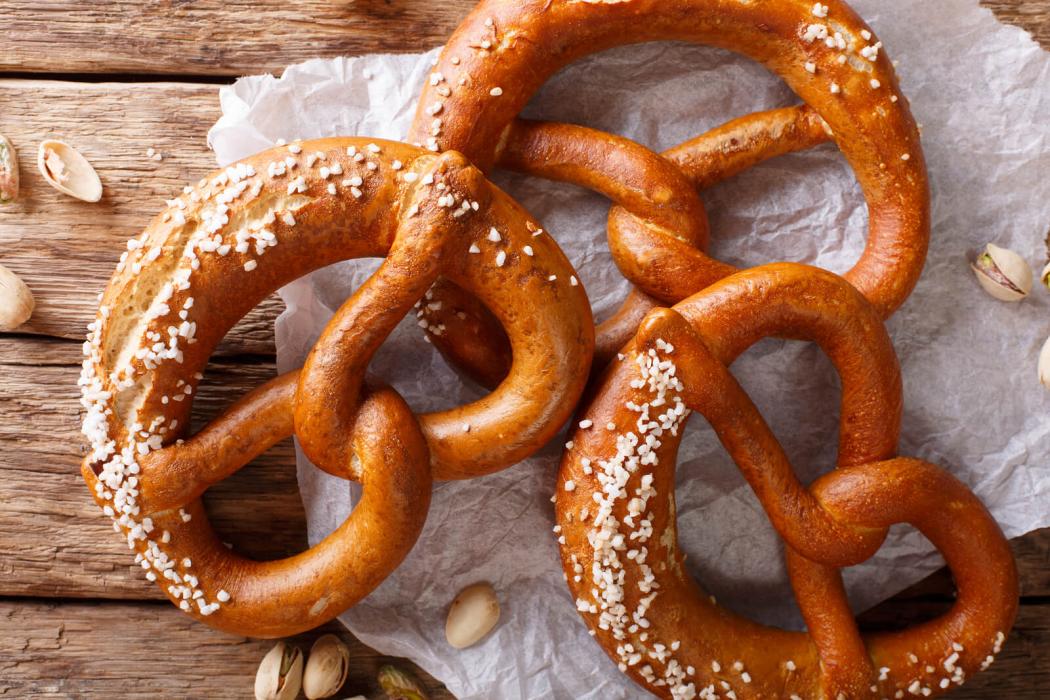 In the Medieval Period, the Catholic Church imposed stricter rules regarding fasting and abstinence during Lent than modern times. Meat, dairy, and eggs were prohibited during Lent. Grains, yeast, and water were acceptable.

Legend has it that monks baked folded strips of bread dough in the basement of a monastery, to resemble the crossed arms of praying children to reward them for learning their prayers. This is one theory of the birth of the pretzel.

By the 1600s, the interlocking pattern of the pretzel became the symbol of undying love. It is said that royal Swiss couples used a pretzel in their wedding ceremonies. This sealed the bond of matrimony, and might have stemmed from the phrase “tying the knot”, since pretzels were shaped to resemble that form.

It would be unfair to tell you all about this baked good without sharing a recipe. 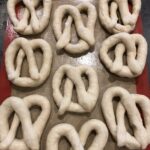 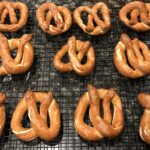 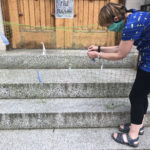 Today at 5 p.m. Princeton UMC’s concludes its five-day, 24-hour-a-day prayer vigil to end racism. The closing event will be held, physically distanced with masks, on the church lawn, plus Live-Streamed and archived on Facebook and this website (click on ‘Worship.’) As a church community, we have been praying without ceasing, wherever we are. To begin your own vigil now, access the prayer guide here. #PrayWithUs 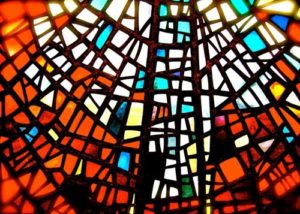 “Holy Spirit, renew and inspire us because the way forward is hard and the disciples’ journey is long.“

This sentence concludes the prayer we are asked to offer during the week of January 29. It is part of the Council of Bishops’ prayer initiative, slated for the week of January 29. Bishop John Schol invites all United Methodists to join in “Praying Our Way Forward,” focused prayer before the revision of Book of Discipline on the topic of human sexuality.

Thie UMC bishops call on us to “seek, in this kairos moment, a way forward for profound unity on human sexuality and other matters.” Each conference is assigned a week of prayer, now through Spring, 2018.

Click here to register your commitment to prayer. You can register as an individual or volunteer to coordinate our congregation’s prayer participation.

Here are the views of  Bishop Schol. As part of his Graceful Controversies initative, anyone from the Greater Jersey Conference may participate in a conference on March 4.

Click here for the 75-word suggested prayer:  May we find inspiration. 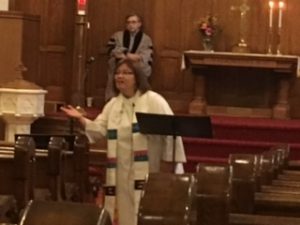 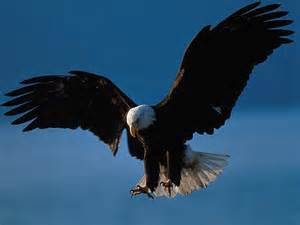 Can we believe in new possibilities for ourselves? END_OF_DOCUMENT_TOKEN_TO_BE_REPLACED 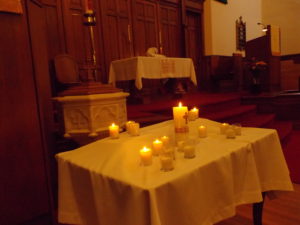 Here are some videos of the very inspiring worship on Sunday, November 6, at 9:30 a.m. It was All Saints Sunday, and the Children’s Choir sang the introit.

For the opening hymn, the camera focuses on the Durrell window, picturing Saint George.

On Tuesday, April 12, the Circle of Friends held their monthly meeting at the church. The meeting started at 11:00 in the Fellow

ship Hall with some 19 members honoring the memory of Robbie Vaccaro, a beloved member of the circle, who died on Saturday, March 26, 2016.   Each lady said something special about Robbie as they look back on some happy moments they shared with her.  Some of Robbie’s most memorable qualities were the work she did on her and John’s farm, raising butterflies, caring for others, being the ultimate friend or absolute role model, dutifully reminding members to attend meetings, making delicious cakes and desserts, graciously hosting hospitality diners and, of course, aging gracefully.

Pastor Scott Sherrill gave an interesting and informative talk on “Prayer”, an issue that struck a chord with everyone. He took participants through the spectrum of types of prayer, showing why, when, where, what and how to pray. He spoke on the history of Christian prayer including the Wesley Covenant Prayer adapted by John Wesley, which is used in Methodist services for renewing our covenant with God. He examined what happens to us when we pray, and what it means to have prayers answered or unanswered.

Seven things every Christian should know about prayer:

It was a very special day for Scott. Not only was he an inspirational speaker at the Circle of Friends meeting but his lovely wife Deb celebrated her birthday that same day and together they had lunch with the ladies. A dessert of carrot cake was provided by Karen, who unfortunately could not make it to the meeting.

All church women are invited to join the Circle of Friends at their next meeting on Tuesday, June 14, 2016, at Louise Apperson’s house for their annual picnic. For more information, please contact the church office at 609-924-2613 or visit www.princetonumc.org

Did you know that more and more people are declaring themselves as spiritual but not religious (SBNR)?  In her sermon on November 15, Reverend Jana Purkis-Brash said that 70 percent of millennials describe themselves as more spiritual than religious. Yet some 55 percent of individuals rarely or never pray to God or attend service, don’t read the Bible or gather together. Religion and spirituality are not separate, says Pastor Jana, but are one and it is hard to have one without the other.

Gathering together is an important part of who we are and that is why people feel alone in difficult times in life when there is no community to gather with. Gathering with the community can be a place that offers us hope. In church we also receive the gift of a congregation that we embrace so we do not have to face our grief alone. It is God putting on flesh to walk that journey with us, she adds.

Pastor Jana reminds us in 1 Samuel 1: 4-20 that Hannah is not an SBNR but a member of an organized religion highly committed to spiritual practices who needs that help to continue on her journey. She goes to the temple, deeply distressed and weeping bitterly, pours out her soul to the Lord and feels God’s presence right there in the sanctuary.  As we seek to grow in spirit, Hannah is an example of a role model for us, as she says, “I have asked him of the Lord.” So also, we deepen our faith when we follow Hannah to the sanctuary.

Prayers are offered not just as a request for help but as an indication of people telling the truth about their needs. However, we must also remember that while God will answer our prayer, it is God’s will that is done, not ours.