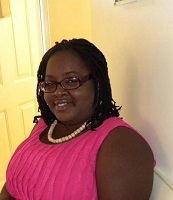 A day is like a thousand years in the eyes of the Lord!
Two days (or two thousand years) ago we were in the thick of things. Sitting in wonderland as spiritual mystery happened. A fairytale was weaving all around us. Two women, Mary and Elizabeth; their ordinary first century world had been interrupted by God. They had been drawn up into heaven’s activities and timetable. The narrative reads like an epic tale like Alice in Wonderland or Dorothy being drawn up into the whirlwind. This however was not fiction. It was historically true
Today, 12 years later we are with this family as they go on their usual yearly trip to the Temple.
The parents of Jesus, Mary and Joseph were devout Jews. The Old Testament commanded such a trip for three festivals a year But by the first century, God-fearing Jews made only one journey a year because of the distances involved.
Even though a long time has passed since Mary’s scandalous pregnancy I wonder if tongues are still wagging. Are the women still giving Mary and Joseph funny looks?
After the supernatural events surrounding her pregnancy i.e. the angels announcement, the visit from the wise men and shepherds then Simeon at the dedication…there had been some strange events surrounding Jesus’ birth.
After all these things, what must be going on in Mary’s mind? There was a lot for this young woman to process as the days become months and years and life had to go on…
How does one return to being normal?
How was the miracle baby growing up?
Was Jesus doing strange supernatural things at home or was he growing up as a normal boy? We don’t know. What we do know is that life was moving along as usual…
“Each Year, his parents went to Jerusalem for the Passover” the text says.
We know that on this 12th year, they did it again, went to the Temple in Jerusalem
This was routine! This was something they did each year. Their lives were normal and ordinary in that sense. Each year, their faith required them to go to the temple and they did. Just as we routinely come to here to PUMC every Sunday.
However, this year was different! (I guess that’s why we get to read about it). Something happened this year. There was a problem. The problem was that the Boy Jesus went missing. END_OF_DOCUMENT_TOKEN_TO_BE_REPLACED