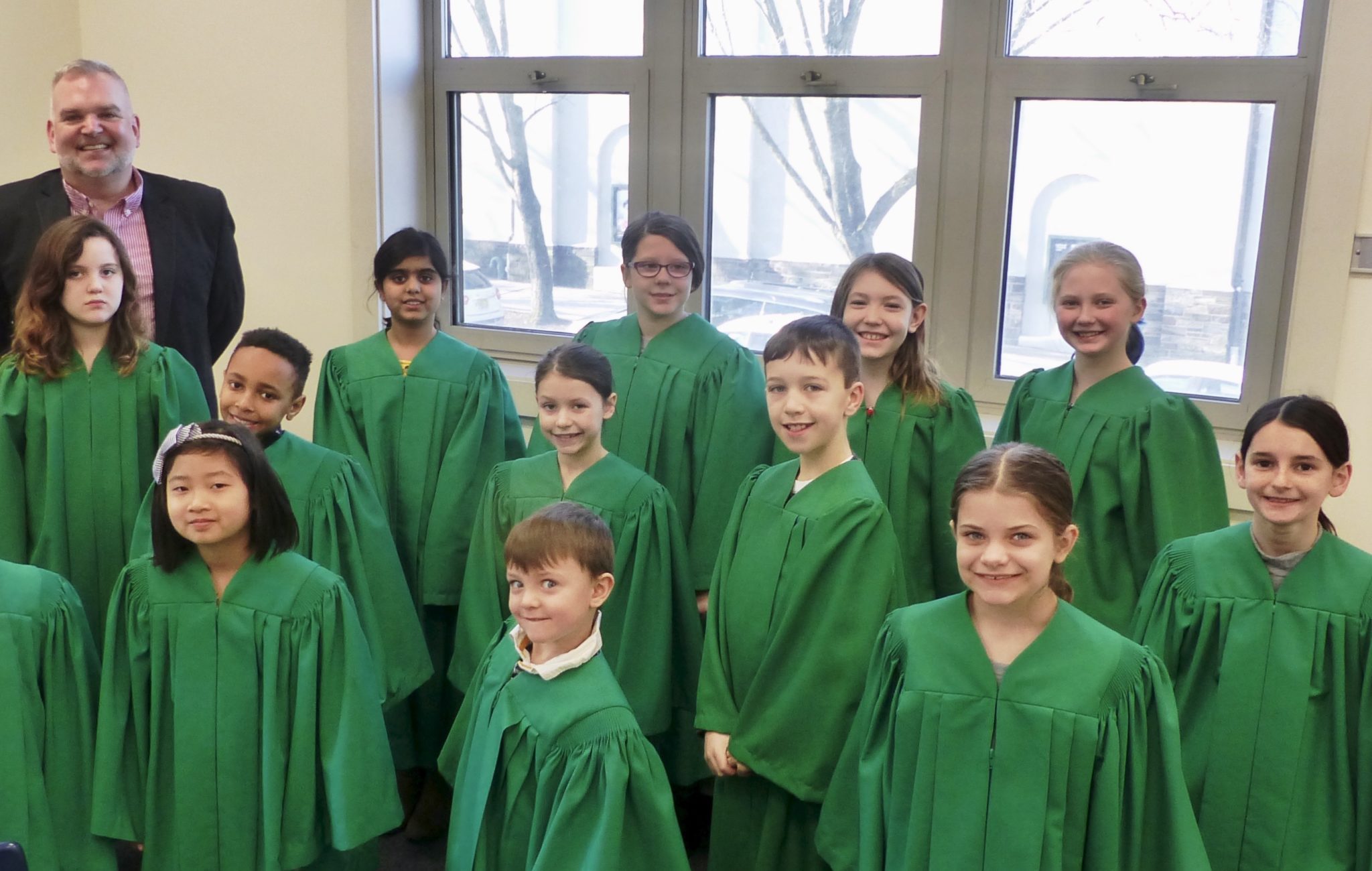 The Children’s Choir musical is always something special – and we can look forward to some delightful surprises on Sunday, February 24, at the 10 a.m. service. Tom Shelton is presenting his own musical, “Lost Then Found.” It is based on three “lost” parables – the Lost Coin, the Lost Sheep, and the Lost Son.

Among the surprises – Tom’s collaborator on this musical is his sister, Camilla Shelton Pruitt. She is director of music at Trinity United Methodist Church in Huntsville, Alabama.

At Princeton UMC Tom is Director of Children’s and Youth Choirs, and at Westminster Choir College he is Associate Professor of Sacred Music. For the Princeton Girlchoir, he directs two ensembles – Grace Notes and SemiTones. He currently serves as the National President of the American Choral Directors Association. Last year he led nine choral workshops in six states. His portfolio (TomSheltonMusic.net) includes 18 commissioned works, more than 40 songs for children or treble voices, and 15 pieces for mixed or adult voices. In addition to his many other honors, duties, and publications, Tom has begun the new Tom Shelton Choral Series.