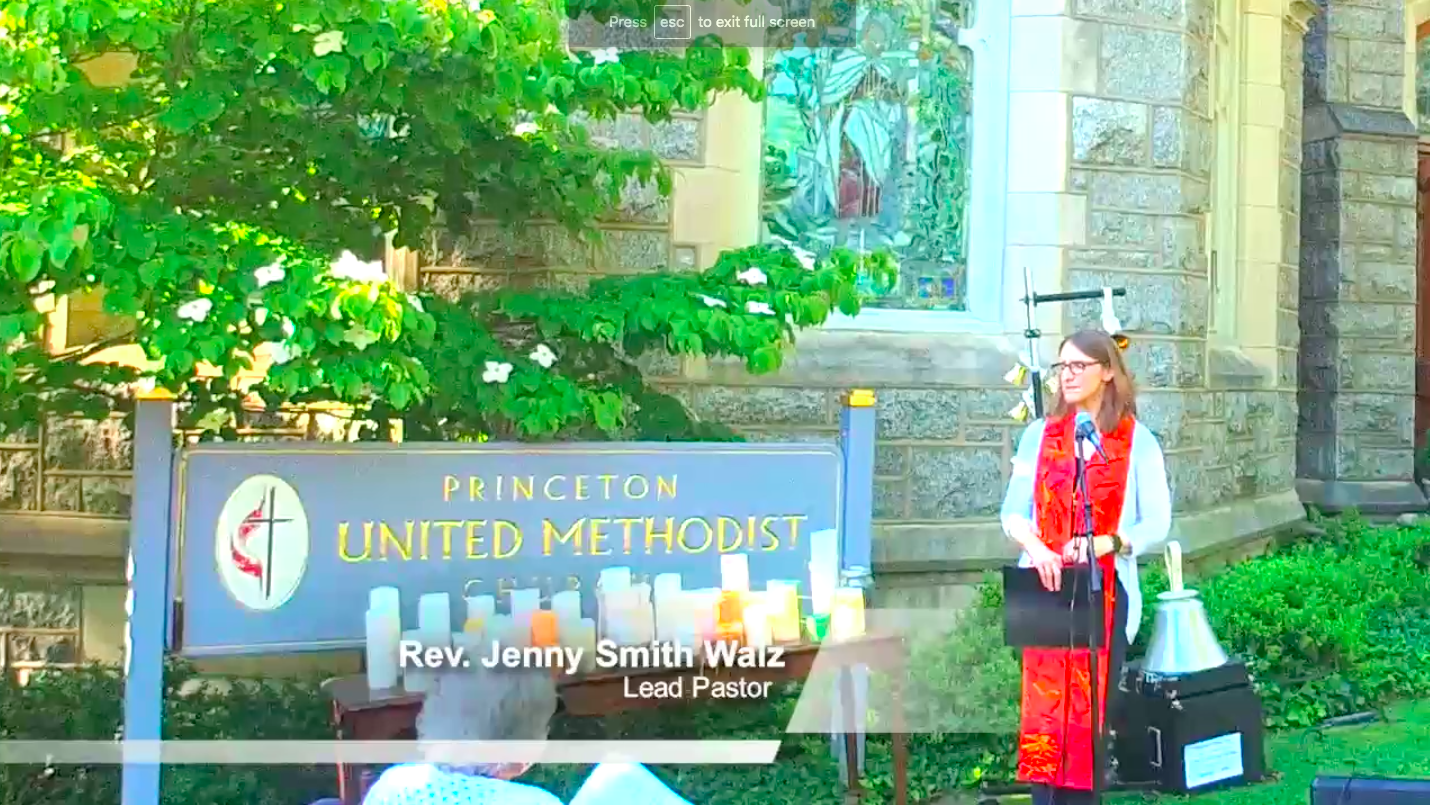 In “Faith and Activism: a discussion with three religious leaders in Princeton,  Nora Peachin interviewed  Rev. Lukata Mjumbe (of Witherspoon Street Presbyterian Church), Sohaib Nazeer Sultan (Muslim life coordinator at Princeton University), and Rev. Jenny Smith Walz (Princeton UMC lead pastor), “about the intersection of faith and activism in their own lives, and how they view their responsibilities as religious leaders in the fight against injustice and inequality.”

The article told about Princeton UMC’s  five-day prayer vigil to end racism, closing with a ceremony held on the church lawn. Here is a link to the article, and here are some excerpts:

Participants prayed for an end to systemic racism and for the courage to do anti-racism work. Prayers such as those are also a form of activism. “It moves us on to next steps,” Walz said. “We continue to hear what God invites us to do next.”

Her faith underlies everything she does, including her activism, she said. The moral teachings of her religion have compelled her to fight against injustice.

No matter what form it takes, activism is slow work, Walz said. Changing systems, communities, and organizations to eradicate inequality and uplift the vulnerable takes time. “It goes little bit by little bit, relationship by relationship,” she said.

Being a faith leader is about bringing all people together, including those being pushed to the margins economically and culturally, Walz said.

All three (faith leaders) described seeking a fine balance between comforting their congregants and making them uncomfortable by asking them to reckon with their own privilege and bias or acknowledge their complicity in injustice.

“We’re here to comfort the afflicted and afflict the comfortable,” Walz said. She is constantly juggling these dual objectives — offering care, compassion, and support to her members while simultaneously challenging them to better themselves and their communities.

“The deepest struggle for us as Christians is to actually believe we are all God’s beloved children,” she said. “We don’t always believe it with our actions and reflect it in our whole lives. There has to be a certain discomfort to make that change. There’s a way the discomfort is ultimately healing.”

Walz works in a relatively privileged area of Princeton, and was initially daunted by the task of challenging her members to question their own biases and complicity. She knows preaching on oppression will prevent some people from attending her sermons, but said that does not stop her.

“I have to find the courage to know that people aren’t always going to agree,” she said. “I hope I can offer a space for people to learn.”