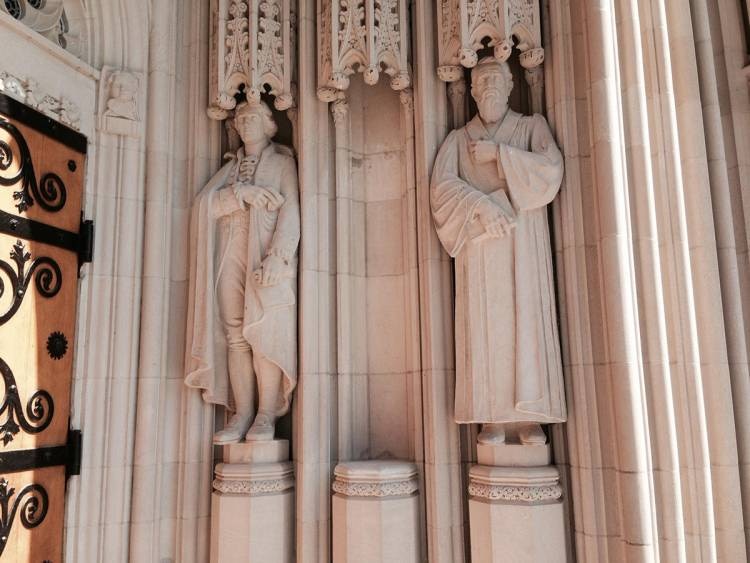 At Duke University, the statue of a confederate general was removed from the chapel entrance

On July 19, 2020, Pastor Jenny Smith Walz addressed the conflict I have been holding in my heart — how to condemn the evil of white supremacy and still love those (in my family and elsewhere) who perpetrated it, those (including me) who benefit from it, and those (in the #endracism movement) who — as they try to eliminate symbols of injustice from public places — find it hard if not impossible to acknowledge that someone who did evil may also have done good.

Don’t believe that the human race is so cruel and blind? Here’s what Pastor Jenny cited as historic examples.

Let’s send the convicts to Australia.
Let’s create an Aryan society.
Let’s eliminate the Tutsis.
Let’s create different sets of privileges for those with black and brown bodies.
Let’s block whatever the opposing party in Congress wants.
Let’s leave our church because someone I don’t approve of can belong.
Let’s put this person’s name in stone on the bad list, so no longer can I see them as a whole person.

It’s the last one that twangs my heart.

Click the arrow for “previous” to get the July 19 service and sermon.

In this sermon I think Pastor Jenny is trying to open a safe space for everyone, no matter where they are in their opinions.  She closed with this poem, ending…

May my peace and acceptance
be the seeds I sow
for the next harvest.

from Weeds and Wheat, by Steve Garnaas-Holmes