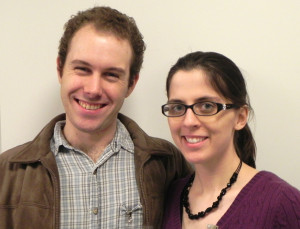 Where is R2-D2 when we need him? We won’t see a robot like that for a good long while, says George Young. He will speak on “The Robot Revolution: The Promises and Limitations of Collective Robots” at a breakfast sponsored by United Methodist Men on Sunday, October 6, at 8 a.m., in the Sanford Davis Room. Everyone — men and women — is invited. A $5 donation is requested. Email umm@princetonumc.org or call 609-924-2613

Industrial robots have reshaped manufacturing, domestic robots help maintain floors and lawns, and military robots and drones have been developed to help fight wars. “Despite these advances, ” says Young, “state-of-the-art robots remain far removed from the automated personal assistants, companions or enemies that science fiction writers have dreamed of for decades.”

A native of South Australia, Young has undergraduate degrees from the University of Adelaide. He is completing his PhD in mechanical and aerospace engineering at Princeton University, where his research focuses on understanding how the structure of interactions between individuals within a group (of robots, birds or people) affects the behavior of the entire group. In particular, he examines how groups manage uncertainty and how sharing information can lead to better or worse performance.

“Rather than attempting to build ever more complicated and sophisticated machines, today many researchers are attempting to expand our technological capabilities using an entirely different idea — building simple machines that can work together to achieve difficult tasks. These jobs could include monitoring the environment, growing crops, responding to natural disasters, building infrastructure and a host of other tasks.”

Before coming to Princeton he obtained undergraduate degrees in mechatronic engineering and pure mathematics from the University of Adelaide in his home state of South Australia. He and Elizabeth — who spoke to the UMM last spring — will shortly be moving to Memphis, Tennessee. We will miss them!