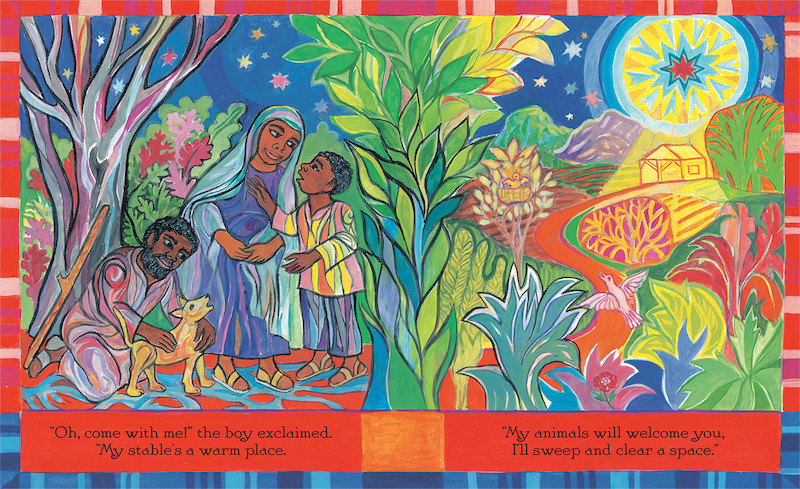 For the second Sunday in Advent, Who Bulit the Stable?  was read at Children’s Time by Pastor Jenny Smith Walz. Written and illustrated by Ashley Bryan. it tells of a boy, a shepherd and a carpenter, who helped provide the place where Jesus was born.

The boy looked in the infant’s eyes
And in his heart he knew
The babe would be a carpenter
He’d be a shepherd too.

As the publisher says, “this is a picture book that captures the reason for the season in all its wonder and beauty. Who Built the Stable? is a celebration of Christmas, of the kindness of children, and of the new hope born with each new baby.” 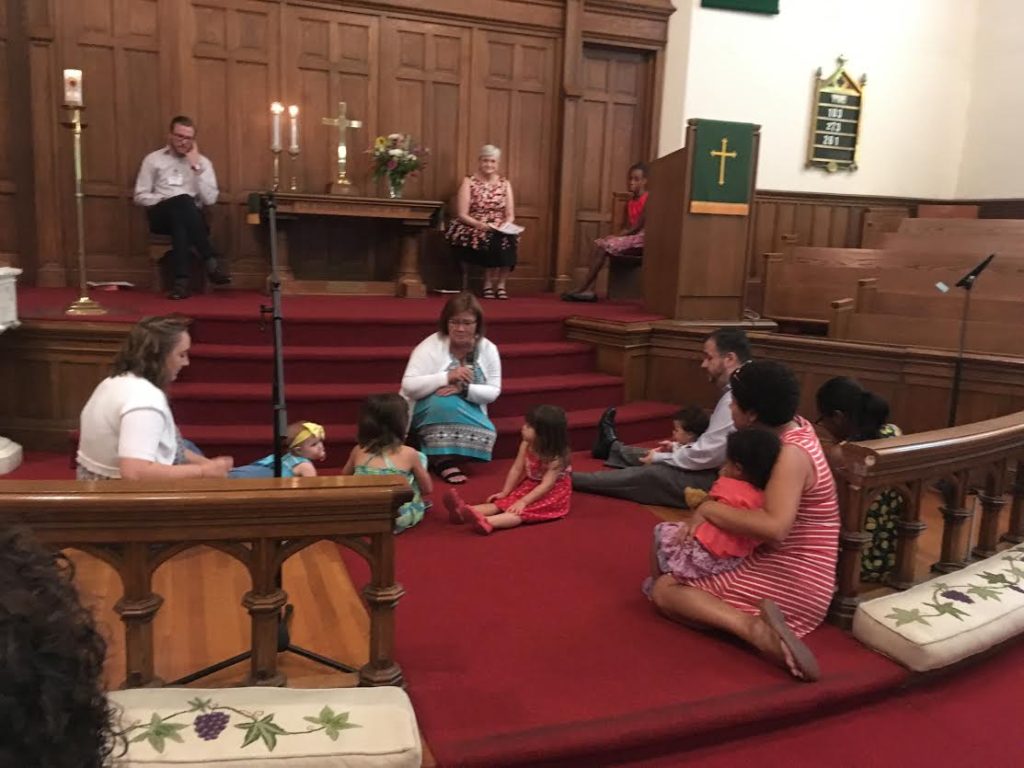