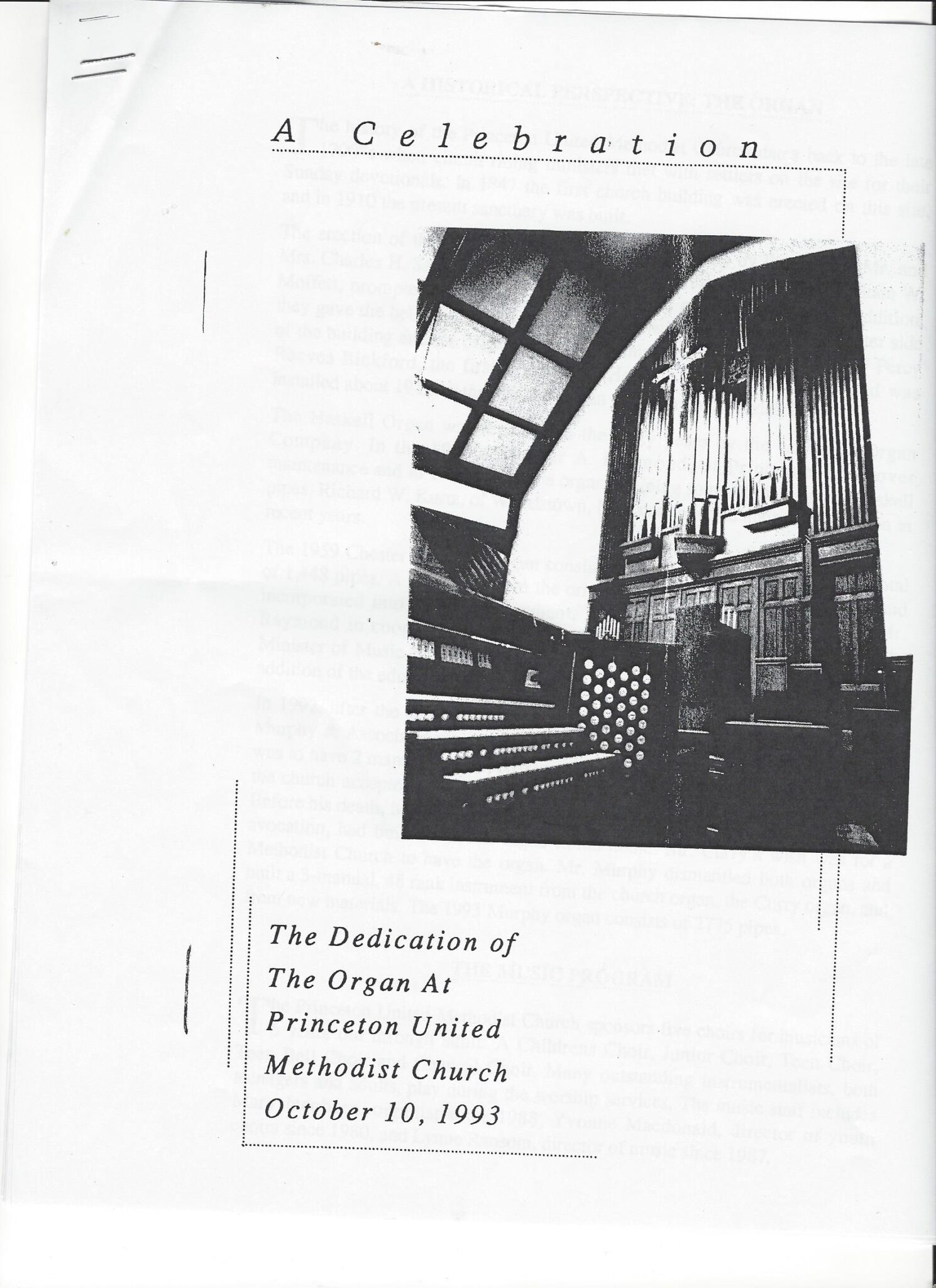 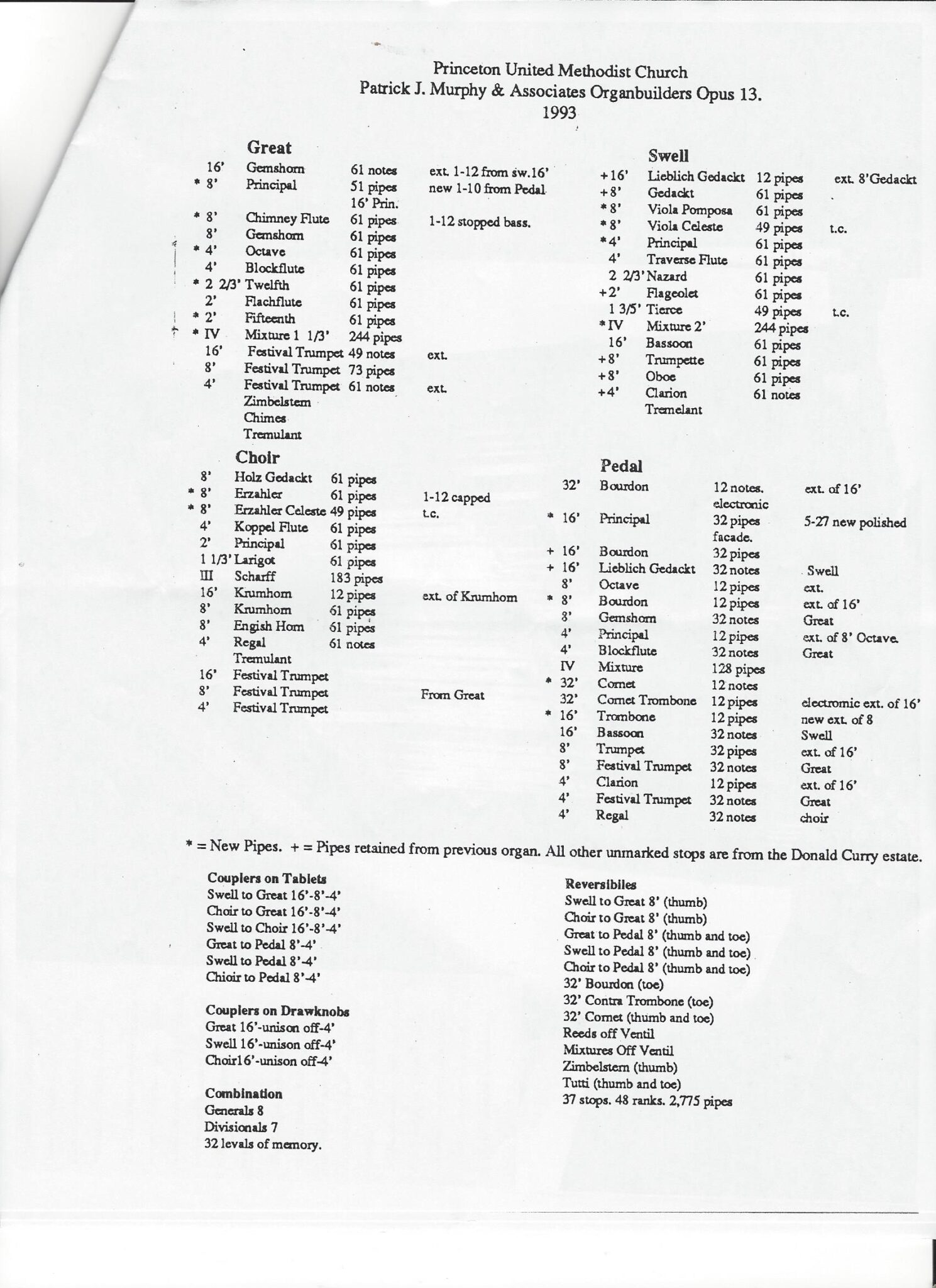 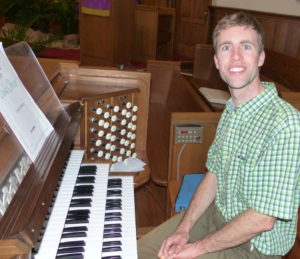 Christopher McWilliams , with guest artist Michael Carl Green, will present This Joyful Eastertide — a joyous selection of works for organ –– on Sunday, April 23 at 2 p.m.  at Princeton United Methodist Church. The concert is free, and an offering will be taken to benefit the Appalachia Service Project.

The program spans four centuries of music for trumpet and organ. It includes The  Trumpet Tune No. 1 in C major by Tomaso Albinoni (1671-1751),  Sarabande (For the morning of Easter) by Herbert Howells from Six Pieces for Organ (1892-1983), Sinfonia from Cantata No. 29 “Wir Danken Dir, Gott, Wir Danken Dir”  by Johann Sebastian Bach (1685-1750) arranged by Alexandre Guilmant, Alléluias sereins d’une âme qui desire le ciel  (Serene Alleluias from a soul longing for Heaven)  by  Olivier Messiaen  ( 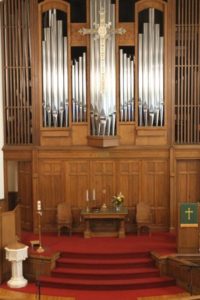 1908-1992), Sonata for Trumpet and Organ in F major by George Friedrich Handel,  Partita on Duke Street by Charles Callahan, and Trumpet Tune on “This Joyful Eastertide” for organ by David Lasky (1979-).

Both McWilliams and Green are on the faculty at Westminster Conservatory of Music.  A Vermont native, McWilliams has a Bachelor of Music in Piano and Organ Performance and a Master of Music in Piano Pedagogy and Performance from Westminster Choir College of Rider University, where he studied with Phyllis Lehrer, Matthew Lewis, and Kenneth Cowan. He teaches private lessons in piano at the Westminster Conservatory of  Music, at PUMC, and in students’ homes, and is a frequent accompanist at the Dutch Neck Presbyterian Church.

As a composer and arranger, Green orchestrated a Broadway show and co-wrote and performed on the score for documentary films. A pianist as well as a trumpet player, he plays in area orchestras, chamber and jazz ensembles, concert and brass bands, and pit orchestras.

For 40 years Princeton United Methodist Church has sent teen and adult volunteers to the Appalachia Service Project (ASP) to make homes warmer, safer, and drier. ASP is a Christian ministry, but it is open to those of any faith. It aims to inspire hope and service — instilling compassion for other people and a fresh appreciation for one’s place and purpose in the world.

Located at the corner of Nassau Street and Vandeventer Avenue, PUMC is a diverse congregation, whose members come from many surrounding communities, backgrounds, and faith histories. Parking is free on Sundays, and the church is wheelchair accessible. For further information, call 609-924-2613, email office@princetonumc.org, or visit http://www.princetonumc.org/