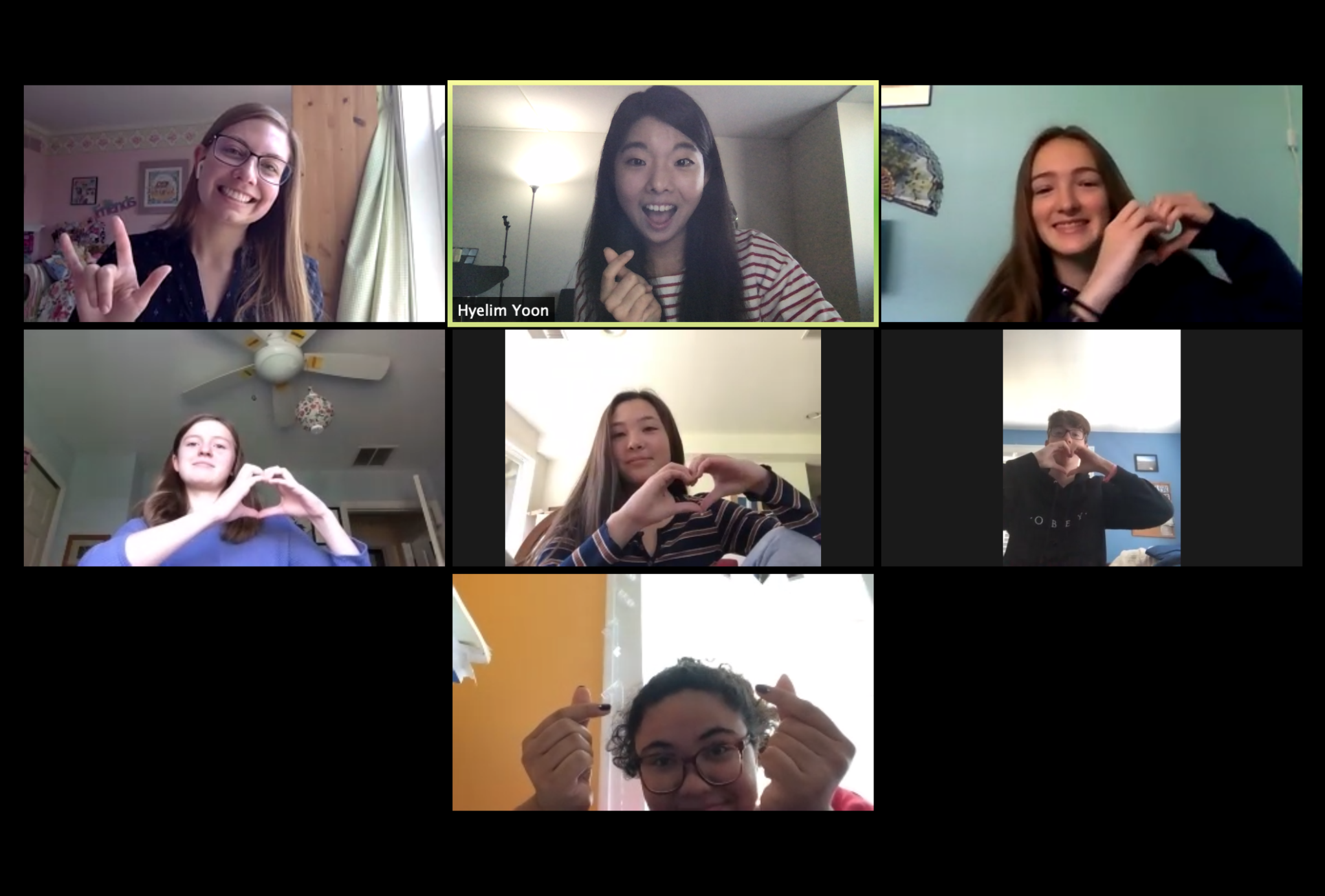 Pentecost Sunday in the United Methodist Church traditionally celebrates two important events: the beginning of the Christian church and Confirmation, where, after months of preparation, a group of young people publicly profess their faith before a welcoming congregation.  Because of the quarantine,  Princeton UMC’s five confirmands will not be commissioned on May 31; however, they will serve as worship leaders in what promises to be a very special Pentecost Sunday.

Ever since clergy and staff made the decision to postpone Confirmation until the church community can gather together again, the five confirmands – Anatalia Francisco Cabus, Ben Ashworth Nalbone, Camille Jones, Elli Collins, and Rosalind Hayes – have been been working closely with their teachers on designing the service. “The students will be leading worship via phone and video like we have done in prior services. There will also be a special video which brings them all together to read the UMC Social Creed,” shared Sarah Betancourt, one of the teachers. They will also share original prayers.

During the Confirmation ceremony, confirmands take control of their faith by professing it before family, friends, and the congregation.  Although in-person professing is not possible, “each confirmand will, over the next five weeks (except for June 7), share by video their own faith stories as well as their original versions of The Lord’s Prayer,” explained Hyelim Yoon, another of their teachers. So through the July 5 service , these five young people will be creating for themselves and the congregation unique faith experiences.

To help the confirmands organize their faith stories, the teachers provided a list of thought-provoking questions, such as “When was a moment when your ‘eyes were opened’ and you understood something that you hadn’t before?   Who was a person who demonstrated to you what it means to live as a follower of Christ? Tell us about a time when you experienced God’s presence.”

During the traditional Confirmation service, confirmands pledge to take more of a leadership role in the church.  By the time Anatalia, Ben, Camille, Elli, and Rosalind make their Confirmation, they will be seasoned youth leaders, well prepared “to go into the world and spread the Gospel,” said Hyelim.   Pastor Erik ‘Skitch’ Matson concluded that “While most people can remember the day they were confirmed, not many people will be able to say they were confirmed during a pandemic. I’m excited to see how this particular context will shape their understanding of living out their vows, and their understanding of what “Church” means.”